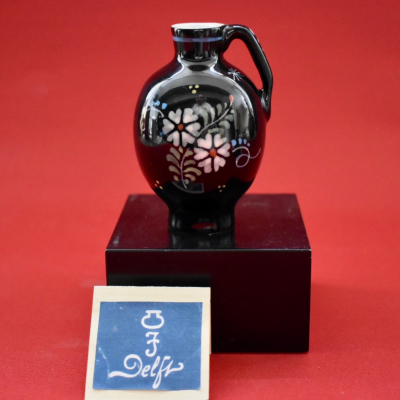 
The tin glazed earthenware miniature jug  with ovoid body and one ear decorated in colours on a black base with a flowering branch. For the 325th Jubilee of Royal Delft in 1978 the Black Delft was new introduced. It was based on the “Famille Noir” that was already made in Delft in the late 17th century. A black base decorated with several colours, the so called: The wondrous Black of Delft. Signed on the bottom in underglaze black  for: 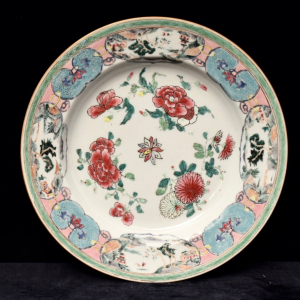 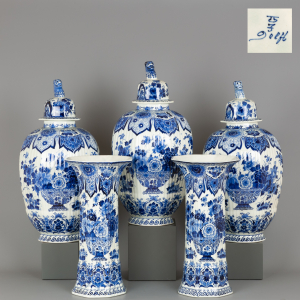 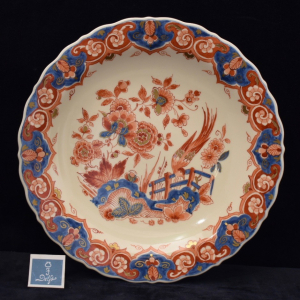