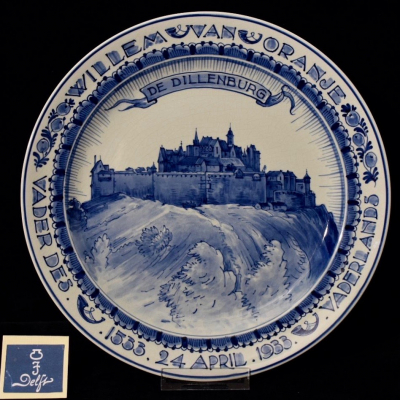 
The rare tin glazed earthenware plate decorated in shades of blue in the centre with the  Castle Dillenburg in Germany. The house of birth of William of Orange, the 400 years anniversary.

WILLEM VAN ORANJE - VADER DES VADERLANDS - 1533. 24 APRIL . 1933 with the apples of Orange and four post horns. Prince Wiliam of Orange  of the Netherlands started the independence war against Filips II of Spain.

Designed by Leon Senf. Only 700 plates were produced. 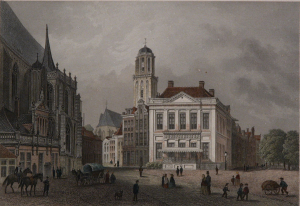 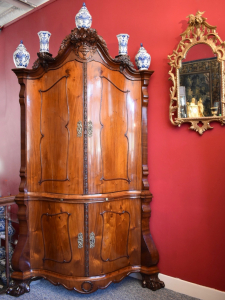 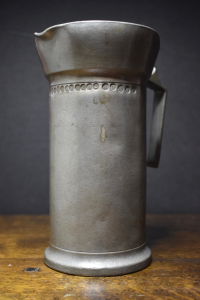