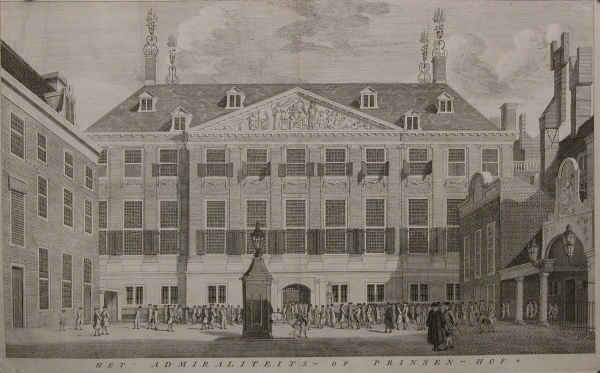 Title in Dutch under the engraving :

From  : Geschiedenis der Stad Amsterdam by Jan Wagenaar in 1760.

Issued in Amsterdam in 1760  by Isaak Tirion, bookseller on the Kalverstraat near the Dam

Hotel The  GRAND , Oude Zijdsvoorburgwal 197 is located in the former townhall of the city Amsterdam.

The large property where the Hotel is located in the old city goes back to the  14th century. Here were located the monasteries from

St Cecilia and St Catharina. In 1578 when the Calvinists took over and after the Alteratie the city Amsterdam owned all the property

from the former Catholic Church,. They changed the monastery  in to a “guesthouse“ for high official guests, a “ Logement voor Princen

en Hooge Heeren “  In 1557 it also became a meetingroom for the Admirality of Amsterdam.

( now palace ) was not yet finished.. When the French came in 1795 in Amsterdam, the Admirality was gone.

Than they were moved to The Haque. In 1808 it became a townhall again, when the French King Louis Napoleon moved in the townhall

on the Dam, what since than  is called the Royal  Palace.

The building was than from 1808 untill 1988 the townhall for the Municipal government. 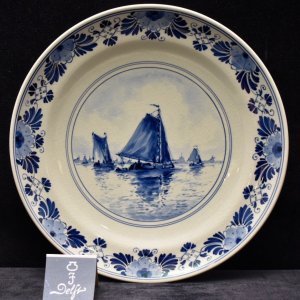 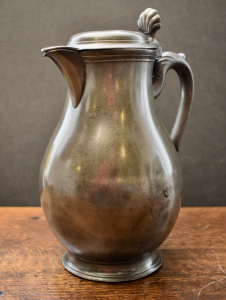 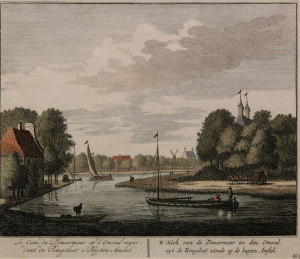