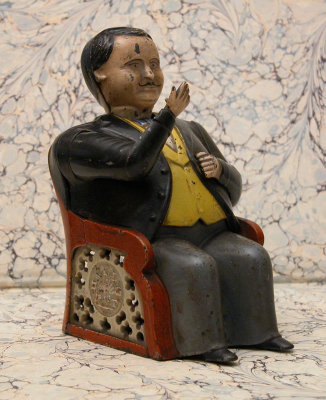 
“ Tammany Bank.” ( Little Fat Man ) with gray pants, black coat, sliding coin trap. Put a coin in his hand, and see how promptly he pockets it, and how politely he bows his thanks.

Politicians were often caricatured in banks.

This is a Boss Tweed Bank, William Marcy Tweed ( 1823 - 78 ) was boss of the  Tammany General Committee which had complete power in New York City. He was jailed in 1873 for two years, released and again imprisoned, escaped to Cuba, then to Spain but was recaptured and died in jail. His dishonesty is commemorated in this bank where a coin falls into his pocket.

Last quarter of the 19th century. 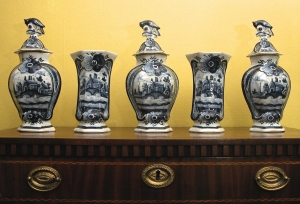 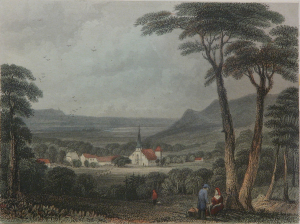 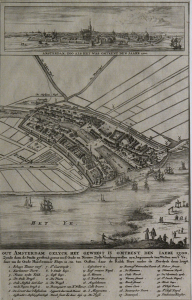