The rectangular Royal Delft commemorative cloisonné tile decorated in colours with a Dutch landscape and Allied planes dropping food for the Dutch people on the end of Worldwar 2 Operation MANNA, April 29 1945, 242 Lancasters, 535 tons of food was  dropped.  The orange sun for the returning of the Royal Family, “ The Orange .” With under the text:

Marked on the back with the impressed factory mark for:

Used were the 625th squadron in Scampton (Lincolnshire), the (Australian) 460th, the 467th  and further the  100th en het 101th squadron of the  RAF.   Also the 300e (Polnish ) squadron was  was used with these droppings. Totally joined more than 30 Britisch squadrons and 11 Bomb Groups  from the American Airforce with these  droppings. At the first mission 242 heavy bombers from the type Lancaster flew to to the Dutch coast through an agreed corridor. 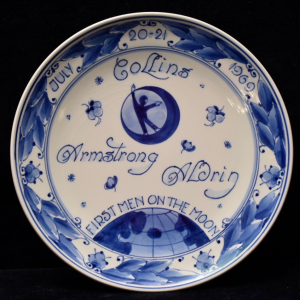 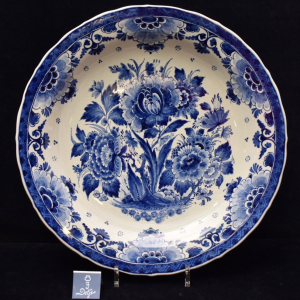 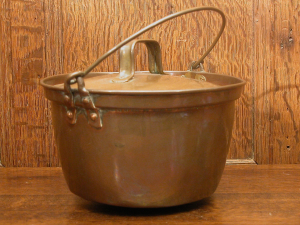