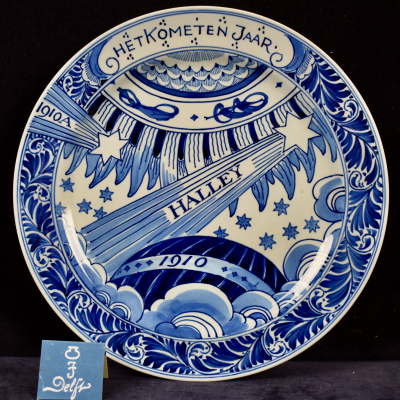 
This is the second or third and rarest commemorative plate. The plate shows the 76-year periodic appearance of Halley’s comet. The tin glazed earthenware plate decorated in shades of blue in the center with the globe, with 1910, the space with stars and two comets. Left the “Daylight Comet” 1910A and from under left to the top right he large comet HALLEY. In the top the depictions of the constellations Aquarius and Gemini. The rim with stylized leaves and in the top the text:
HET KOMETEN JAAR. (The comet year.)
Signed on the back in underglaze blue for:
DE PORCELEYNE FLES   -   ROYAL  DELFT
DELFT  -  HOLLAND      &    AE = 1909
Painter’s initials: VB  =   Willem Alexander Karel Hendrik Frederik van Baarsel.
Employment dates:  June 30th, 1893 - 1944 or 1945.
Literature:
This plate is shown in Rick Erickson - Royal Delft Page 131Fig.11-16. Produced in very limited quantities.
Royal Delft Collectors’ Society Newsletter Issue 3. 28 September 2004 Pages 3,4 and 5

The comet was named after Halley, who observed him in 1680 from his observatory in Islington – London. Newton concluded that comets revolve in orbits around the sun and return themselves in a continual motion. 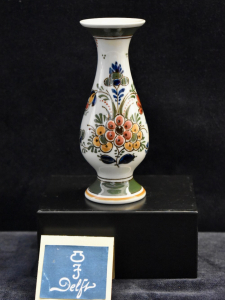 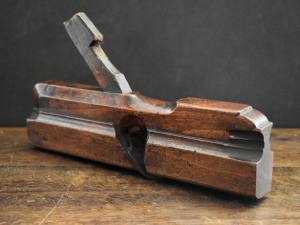