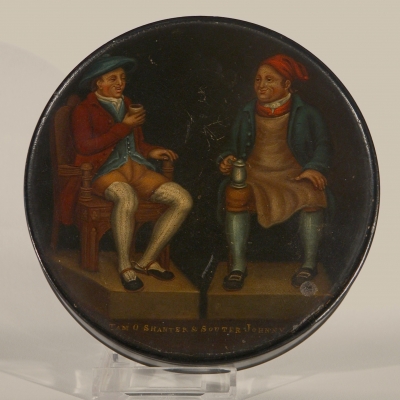 
The Paper Mache box has concave sides, raised edge round lid and base. Painted on the top with two sitting and drinking men with the text:

The story was based on an old legend about two Ayrshire farmers who spent too long drinking and on their way home saw witches dancing with the devil in the ruined kirk at Alloway. The central characters were Tam o' Shanter and Souter Johnnie, readily identified by residents of Kirkoswald as neighbours Douglas Graham and John Davidson. The two were old friends who were well known for socialising enthusiastically in Ayr on market days, often returning home late. John Davidson was a shoemaker or souter. In 1785 he built a cottage on Main Street in Kirkoswald in which he lived and worked until his death in 1806. Burns probably stayed at the cottage when visiting Kirkoswald in 1786. 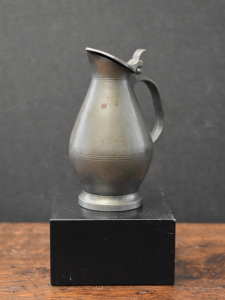 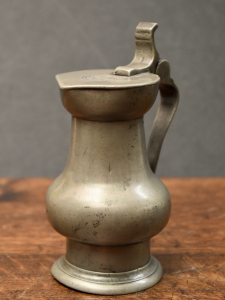