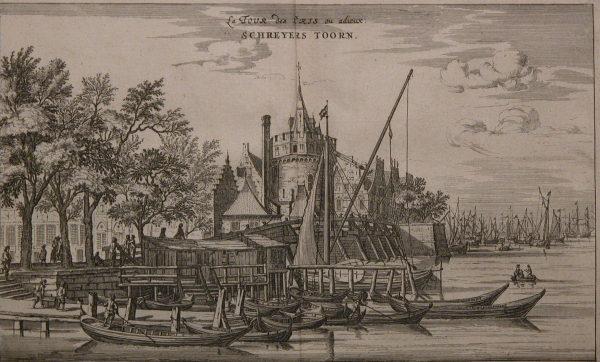 Title in Dutch & French in the top of  the engraving.

Published  Anno 1663 by Jac. Meurs , bookseller in the Nieuwstraat in Amsterdam.

The so called Weeping Tower , the untrue story that the wives from the sailors walked till this tower, to see their men

sailing out to the East or West.  Built as  an old defense tower on the corner of the city wall in 1480 for the Middle age

city, It was standing in water and higher than nowadays, because  most of the buildings are under the ground by rising

the city level over ages. In the Tower is an old memory stone from 1569 with a crying woman. 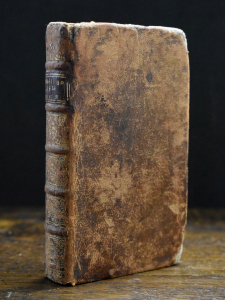 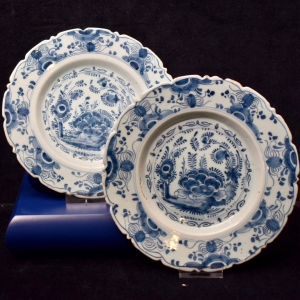 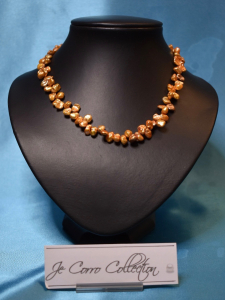