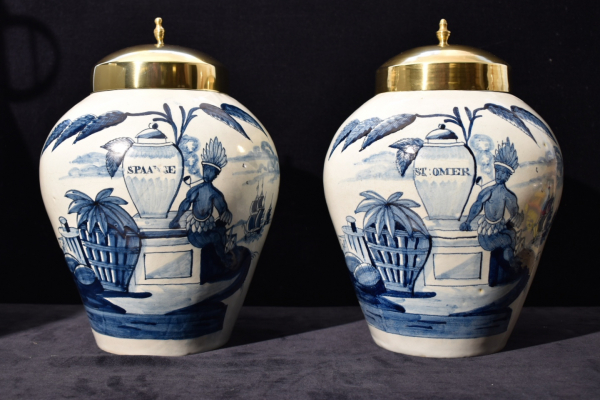 The balustroid body decorated with a camulet-smoking Chieftain under a large tobaccoplant with a large covered vase behind him, one  inscribed with SPAANSE , the other inscribed with St : OMER. Further a large barrel and bales of tobacco on the left inscribed with V.O.C. With ships on the background. The brass domed covers with a  finial.  The brass covers of later date. Marked on the bottom in underglaze blue with three bells for:

The Dutch East India Company was a powerfull trading company that helped establish Dutch rule in what is now Indonesia.In 1602 the Dutch government granted the company a monopoly on trade between Asia and the Netherlands. The company also received broad governmental and military powers, including the right to rule territories and to wage war in Asia.

In 1700 the Dutch East India Company had gained control of the cinnamon, clove,and nutmeg trade in the East Indies. The Company had trading posts in many Asian countries and ruled parts of what are now South Africa and Sri Lanka and most of present-day Indonesia. 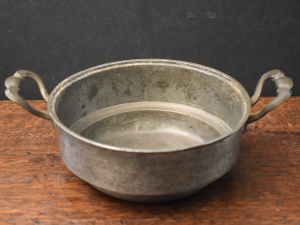 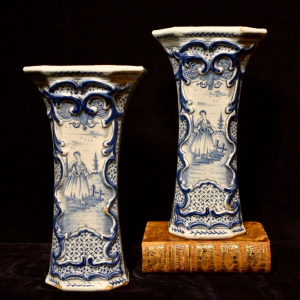 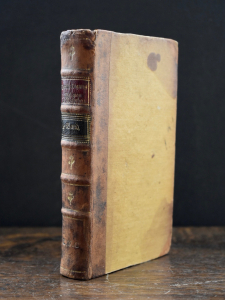