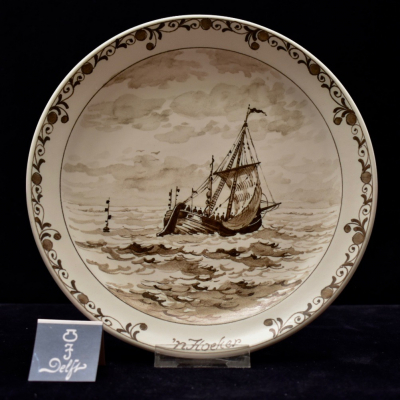 
The earthenware plate decorated in the 17th century tradition in sepia with a Dutch Brown sailing vessel, a so called Hoeker named after the “hoekwant” fishing method with a line with many hooks. The rim with stylized ornaments and ‘n Hoeker

Signed on the back in underglaze sepia for:

Delsepia is the name used for the Porceleyne Fles pieces painted in sepia tones and  produced between 1973 and 1976..The decoration was by the factory’s painter  E.M. Glaudemans, who typically painted the pieces in a 17th century style.  Tile plates and dishes were made in Delsepia, but production was limited and pieces are very difficult to find. 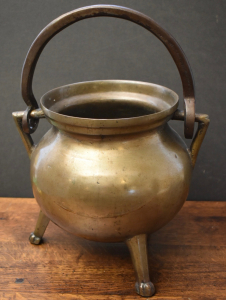 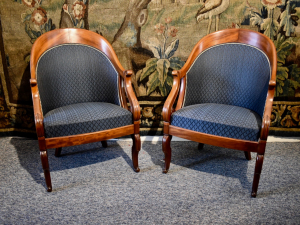 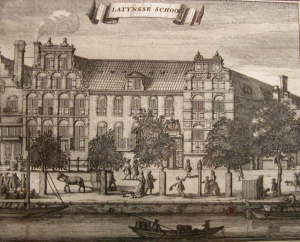